Dame Judi Dench was born Judith Olivia Dench in York, England, to Eleanora Olive (Jones), who was from Dublin, Ireland, and Reginald Arthur Dench, a doctor from Dorset, England.

She attended Mount School in York, and studied at the Central School of Speech and Drama. She has performed with the Royal Shakespeare Company, the National Theatre, and at Old Vic Theatre.

She is a ten-time BAFTA winner including Best Actress in a Comedy Series for A Fine Romance (1981) in which she appeared with her husband, Michael Williams, and Best Supporting Actress in A Handful of Dust (1988) and A Room with a View (1985).

She received an ACE award for her performance in the television series Mr. and Mrs. Edgehill (1985).

A seven-time Oscar nominee, Dench won the Academy Award for Best Supporting Actress for her role as Queen Elizabeth I in Shakespeare in Love (1998). She has also received many other accolades for her acting in theatre, film, and television; her other competitive awards include six British Academy Film Awards, four BAFTA TV Awards, seven Olivier Awards, two Screen Actors Guild Awards, two Golden Globe Awards, and a Tony Award. She received a fellowship from the British Film Institute (BFI). Dench is also a Fellow of the Royal Society of Arts (FRSA). 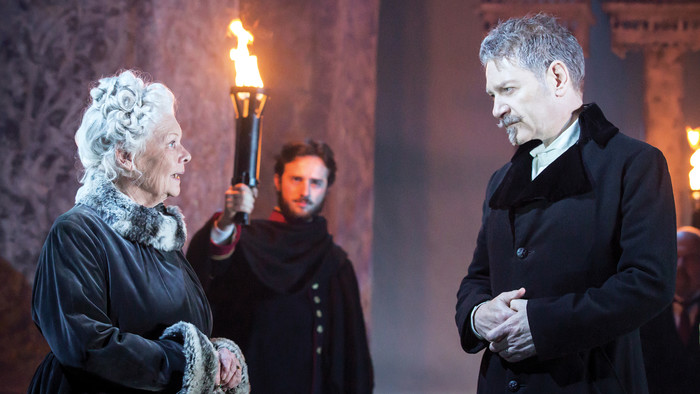